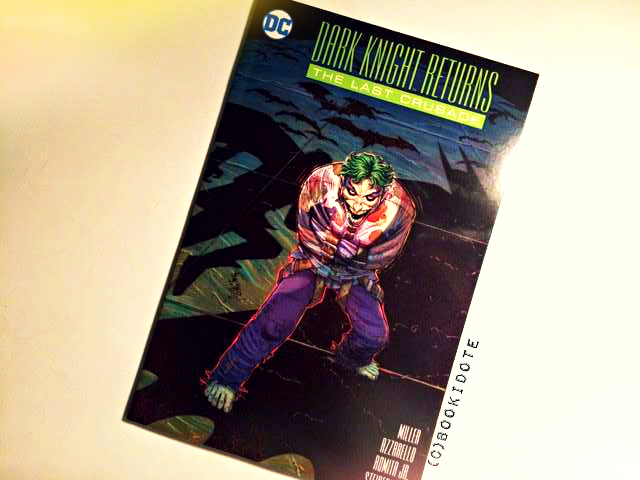 “It doesn’t matter how fast you are… If your opponent knows what you’re going to do.”

A prequel to a classic masterpiece. Necessary? Definite not. Substantial? Not really. Entertaining? Sure was. This one-shot comic with Frank Miller, Brian Azzarello, John Romita Jr. and Peter Steigerwald does a fine job in creating a short and sweet story for fans of The Dark Knight Returns. The Last Crusade is essentially a past event that comes illustrates events that were only quickly mentioned in Frank Miller’s The Dark Knight Returns. Instead of leaving it to the reader’s imagination, this creative team decided that a prequel story would be a fun idea; and they didn’t think twice about it. After all, wouldn’t it be wrong to drop something that would otherwise bring more attention and money to you by simply slapping the “The Dark Knight” name onto it?

A huge focus is on the relationship between Batman (Bruce Wayne) and Robin (Jason Todd); and anyone who knows what happens to the boy wonder—based on the story in The Dark Knight Returns—should know by now what exactly The Last Crusade is all about. And, in all honestly, without diving into huge comparisons with past comics, I actually enjoyed this sort-of “retelling” of SPOILER HERE: Hover over text to read. . It didn’t need to dive into crazy details to understand what pushed the relationship between the dynamic duo to this end, and it felt sufficient for readers to understand the ending that is to be expected. By taking away the whole hunt for a mother and the goose chase outside of Gotham, this story felt neatly condensed and interesting. 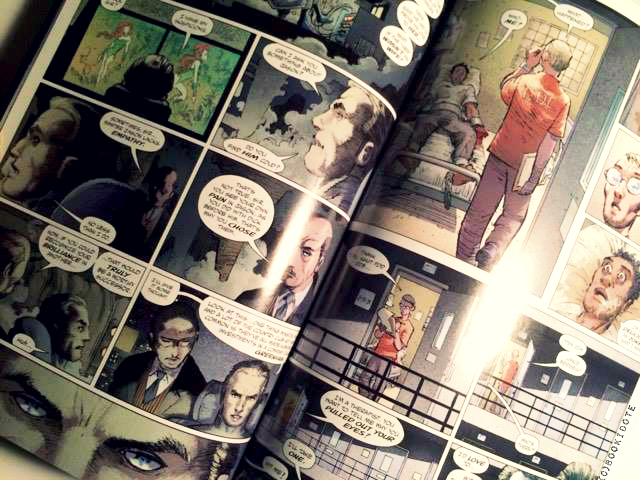 With a cover like that, you’d think that Joker would be the spotlight in this story. Don’t count on it. Joker has some moments throughout the story, but he however doesn’t figure as the main attraction. He does play an inevitable role in the story that unfolds, but he remains a puppeteer in the grand scheme of things. What was unique about his appearances was how the insanity oozed out of him without having him go on crazy delirious speeches or actions. It’s probably one of the greatest things the writers and artists did in this story. Being able to extract the Joker’s personality without giving the usual portrayal of the clown was brilliant. It’s always a great feeling when they succeed in conveying the Joker’s radiant personality through his mere presence and calmer attitudes. What could’ve been dealt with better is definitely the final panels with Joker. Although it ended on a strong note, I felt like the whole story, as a prequel, now created a whole new gap between The Last Crusade and The Dark Knight Returns. And, as far as I know, I haven’t heard about any news of making a sequel to this prequel.

Besides the exploration of the dynamic duo’s relationship and the Joker event, another background event holds the whole one-shot issue together. It essentially revolves around rich men doing unusual things as if their minds weren’t their own anymore. Oh, but who could be behind such a scheme? *sarcastic tone* While the core of this narrative isn’t mind-blowing, this story is still framed within a “past” event in Batman’s life, within the The Dark Knight Returns universe. Somehow, that made me acknowledge that it isn’t surprising that these “evil plans” aren’t the most sophisticated and never-before-seen type of things. It is what it is. I still thought that they were well integrated and gave reasons to see where the relationship between Batman and Robin was going. Some of the scenes were truly staggering when you were confronted to them, and that really made this a dark event in Batman’s life.

The artwork was fantastic for me. I honestly thought it had its own personality, while still giving out some of Frank Miller’s artistic vibe. It sometimes felt odd, but I liked that it actually explored something different. In fact, I also like that they tried to keep those Frank Miller signature elements (i.e. the news report style story-telling) throughout the story. The funniest signature element that I had me pause for a moment is Batman saying “punk” again. This was something you’d see from Frank Miller, especially in Spawn/Batman. Originally intended to make Batman sound like some menacing bully, I guess Frank Miller couldn’t stray from that and felt inclined to keep the tradition going.

There’s a bunch of simple and small details that also make this an entertaining read—that moment where we see the M.A.B, for example—but The Last Crusade definitely not something that should get anyone to run to their local comic stores.

Did you read The Dark Knight Returns: The Last Crusade yet? What did you think about it?

You haven’t read it, you say?

How about you read this story for yourself!

/ Indigo once it comes out or go to your local comic book store for the comic issue! 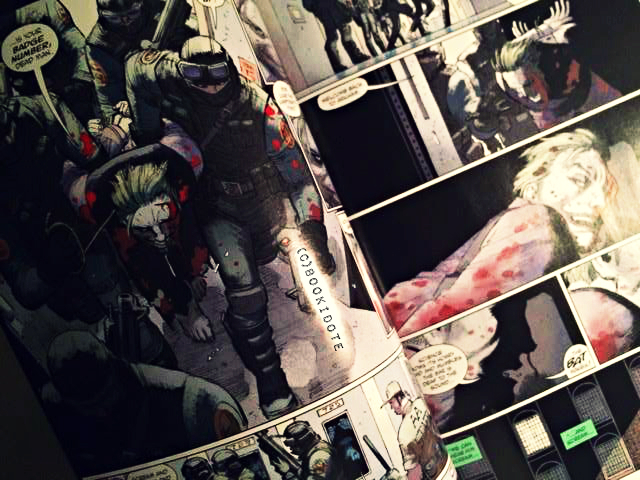 7 thoughts on “The Dark Knight Returns: The Last Crusade by Frank Miller”