Today we’ll revisit all the posts we’ve published, all the wonderful books we’ve discovered and all the great cinematic art we might have crossed paths with! Don’t be shy to share what you think about anything! 😀

Hotel World  & The Hating Game These are recommendations from Lara (a fellow goodreads member)  !

Pride and Prejudice by Marvel Comics : JANE AUSTEN AND MARVEL ❤

Nasty Women : «Keep telling your stories, and tell them loud.»
I discovered this while stalking my goodreads feed 😀

The End of Eternity by Isaac Asimov: Besides the Foundation Trilogy (currently in the process of completing the third book), I heard this one is one of his best books with an ending that will blow your mind away. How could I say no? 😀

The Center Cannot Hold: My Journey Through Madness by Elyn R. Saks: This is the true story of a law professor who had to struggle with a grave case of schizophrenia throughout her life. Her account of her breakdowns, the stigmatization and the challenges to overcome all this is definitely something that fascinates me. Definitely have to check it out.

Black Lightning Volume 1 by Tony Isabella: I’ve recently read one of the biggest DC Comics events written by Grant Morrison called Final Crisis and ran into Black Lightning, an African American character who has abilities related to electricity. As a kid I was a HUGE fan of Static Shock until the animated show was discontinued and the character disappeared from my life. Black Lightning is definitely the closest hero to Static Shock and one of the first major African American superheroes to appear in DC Comics. Definitely want to learn more on this guy! They even plan on making live-action TV series for the guy, to join the CW Network (with The Flash, Arrow, etc.)!!!!! 😀

Heirs of Empire by Evan Currie: I blame Bookstooge for adding this one to my TBR (among others). 😀 😀 This book sounds epic, and epic, I like.

The Enchanted by Rene Denfeld: Honestly, I didn’t know about this book until I heard about the author’s expected release of another book. But I’m pretty glad to have checked out what else she had published cause this one sounds amazing. I mean, read this Goodreads opening line for the summary: “A wondrous and redemptive debut novel, set in a stark world where evil and magic coincide, The Enchanted combines the empathy and lyricism of Alice Sebold with the dark, imaginative power of Stephen King.” Tell me you aren’t curious now! I’ll be careful with my expectations though…

Lashaan: I haven’t had the chance to hit the theaters more often or to check out more movies  with school assignments in the way, but I did manage to check a couple of great shows/movie though. First of all, I completed season 1 of Iron Fist and am definitely curious to see how season 2 will be like. It was definitely slow at start, but the story starts to be juicy towards the middle and definitely has highs and lows throughout the season. It could’ve been so much more (I’d probably end up ranking it 4th behind the other three Netflix superhero shows) but it was definitely fun to some extent. I also had the chance to compelte season 1 of Taboo. This show is GOLD. I’m a huge fanboy of Tom Hardy and this TV series focused on Hardy’s portrayal James Delaney made my love for this guys acting skills go through the roof! Loved the atmosphere, the writing, the characters and the mysterious story in this one! HIGHLY recommend this! Obviously, I also had the chance to watch Logan in theaters. You can check out my review for more on my thoughts, but I can tell you right now that Logan is definitely the best movie in the X-Men universe. It definitely beats 95% of the MCU movies based around the Avengers. 😀

If you’ve seen any of these, feel free to mention it in the comment section. I’d love to fanboy with y’all! 😀 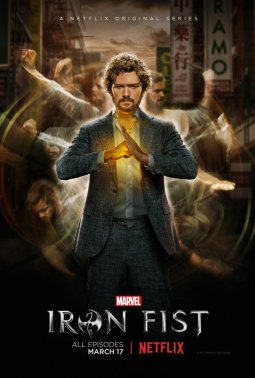 Trang: I’ve been binge watching Riverdale and I absolutely loveed it 😀 BEAUTY AND THE BEAST ❤ !!! Perfect in everywayyy ! Ghost in the Shell is G.O.R.G.E.O.U.S. I had the chance to go the avant-premiere and I might do a review of it real soon along with Beauty and The Beast. 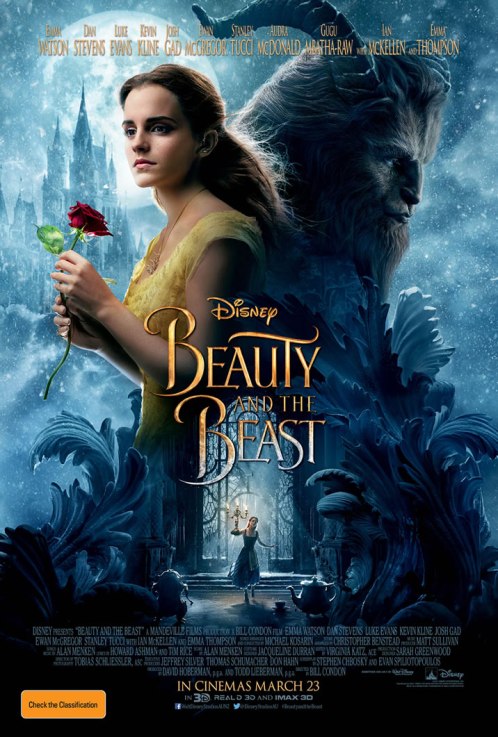 Trang: I’ve been obsessed with this sonng ! AND THIS CHOREGRAPHYYY

Thank you all for checking out our monthly wrap-up and don’t forget to check out any posts that might interest you and that you might have missed out on!

So what’s going on with y’all? What have you discovered this month? What are your thoughts on the books/TV shows/movies we’ve mentioned?