I took so much time in reviewing this book but that only because it’s too good of a book to even find the right words to describe but I will try to make it happen. In short, before reading this book, I had very few knowledge about Arabian Mythology, most of my knowledge comes from One Thousand and One Nights book. But oh my, have I been introduced to one of the most diverse mythology world that existed LOL

The last time I read about a world building this rich and mesmerizing would be in Strange The Dreamerand The Night Circus. For a debut novel, the author totally nailed it. S.A. Chakraborty is a devoted Middle Eastern history and researcher. There are a few books that I read and I can see the enthusiasm and the passion that burns through their ideas and Chakraborty has made it clear that she loves what she is writing about. The detailed world she’s building is inspired by many many years of Middle Eastern, Indian and African history which I have learned a great tons about.

Nahri – One of the main protagonists that I felt a really strong connection to. She was witty, intelligent and have a street-knowledge like no other. She knows when to stand her grounds

Dara – A Daeva warrior that has more in history that he will lead on. His character is also deeply entertwined with different places in the book, making him one of the crucial elements of understanding the relationship between different tribes. Dara is like the bad boy in those teenager books but then you realize he’s a very sensitive bad boy and all his moral codes are quite complex.

Ali – A dijin prince that took some time for me to get to like him, he’s torn between loyalty to his family and what he believes is right, and so tiptoes the line between.

Everyone in this story is doing what they do because they think it’s the right thing to do, in each of their unique ways to fight for their own version of what is right. I personally never found myself in a situation where I would root for.. everyone.  With a solid world building, and a magical system that makes sense, the only complaint I have is how confusing it was for me to figure out which tribe is which and what tribe did what to the other tribes haha. The pace was absolutely phenomenal, the actions were at the right time, some slowing moments for us to reflect on the character’s past and motivations and all the cliffhangers and the twist and turns in the end.

Have you read this book? What do you think about it? Is it in your to-be read list? 😉

Also, this trilogy is in development for NETFLIX SERIES HELL YES. 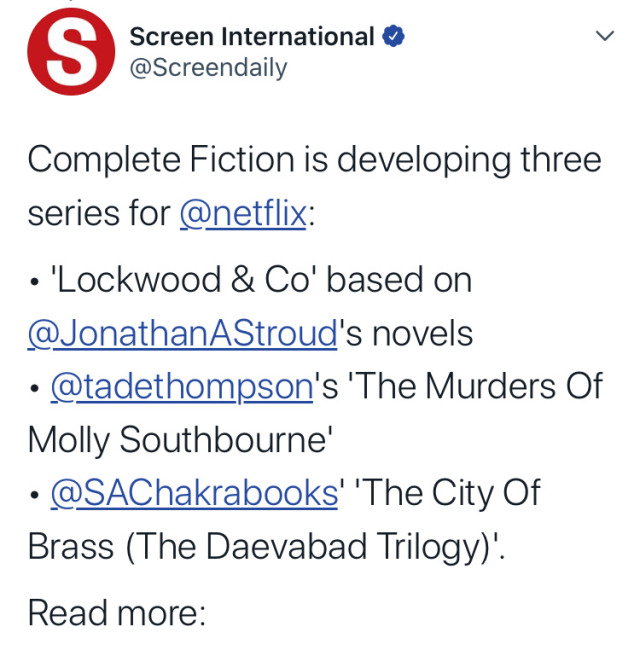